How are ESOP Companies Faring in the COVID-19 Crisis?

In our Spring 2020 ESOP Topics Survey, we surveyed ESOP companies about the effects of the COVID-19 crisis on their businesses and how they are responding. We received responses from 160 privately held companies with an ESOP in May and June 2020. The surveyed companies represent a range of industries and sizes, though they are not intended as a representative sample of all ESOP companies.

Table 1 shows the percentage of companies taking (or planning to take) each of several potential measures in response to the crisis. A majority of respondents are tapping into emergency cash reserves, and pay freezes are common. A few companies are considering an interim ESOP valuation to adjust their stock price to reflect changed circumstances.

Fourteen percent of responding companies have laid off at least some staff as a result of the crisis, and an additional 15% say they are planning to perform layoffs. Among companies that have done layoffs, the percentage of employees laid off ranges from 3% to 17% (median 10%). Companies with over $50 million in revenue were more likely to report layoffs.

To put this layoff data in national context, approximately 30% of all U.S. workers have filed an unemployment claim since the beginning of the COVID-19 crisis in mid-March (although some have since returned to work and others dropped out of the labor force), according to data from the Department of Labor. 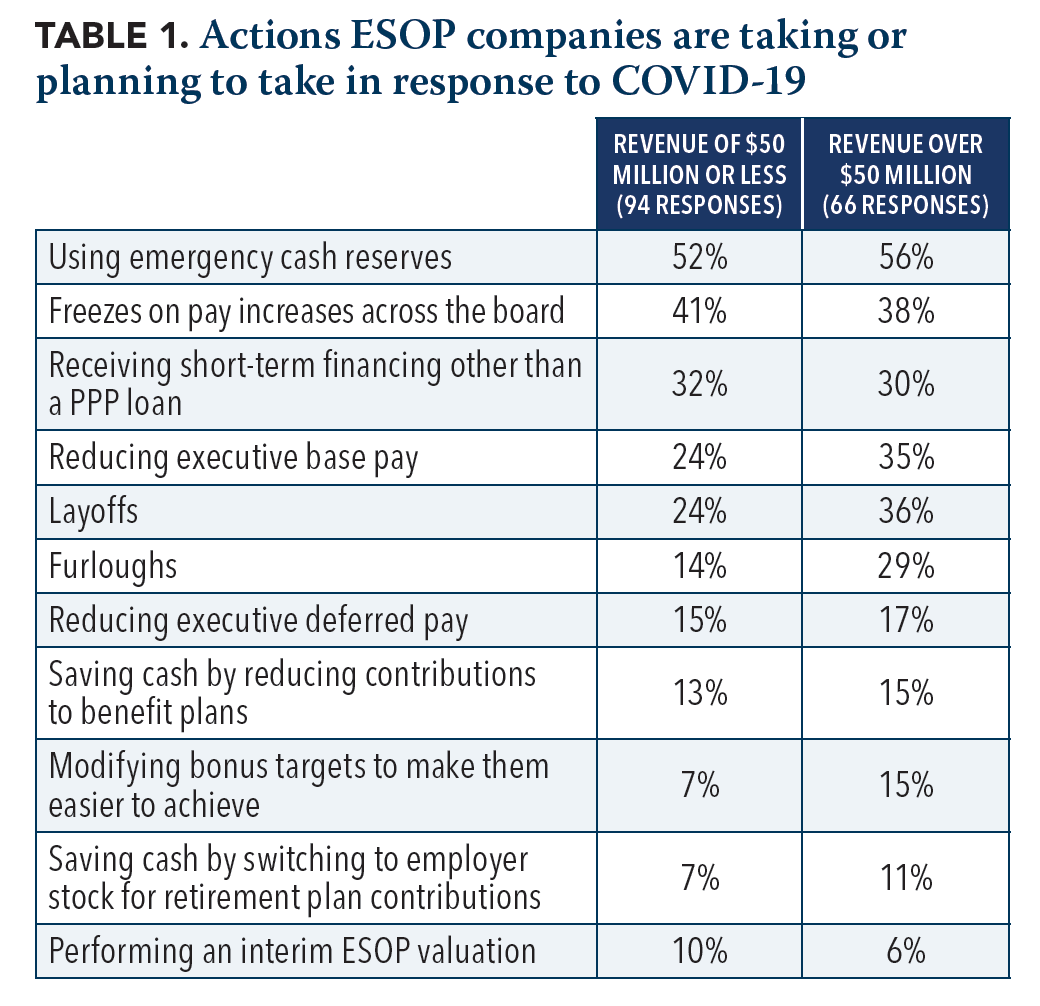 A plurality (40%) of respondents expect their 2020 revenue to be equal to or greater than their 2019 revenue, and over two-thirds expect no more than a 10% decrease in revenue. About one-third of the respondents are foreseeing a drop of 10% or more. See table 2. 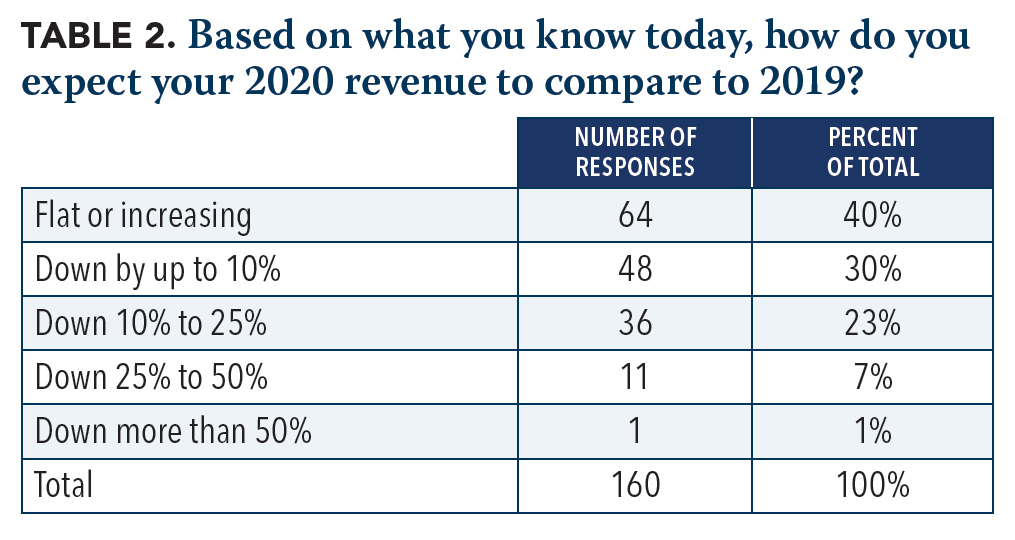 A solid majority of survey respondents said being employee-owned has had a positive effect on their ability to respond to COVID-19. Almost none said it has had a negative effect. See table 3.

Discussing the positive impacts of the ESOP, many respondents emphasized the mindset of “all in this together” that their ESOP has helped to create. Others noted that using open-book finances and other forms of transparency helped create buy-in for the actions necessary to keep the business running. In the words of one employee-owner quoted in the responses: “Employee ownership might not make that much of a difference in good times but it really helps in bad times.”