As we described in the January newsletter the number of participants in private ESOPs increased by 5.7% from 2014 to 2019 even as the number of plans decreased by 1.2% over the same period.

Largely thanks to ESOPs in publicly traded companies becoming less common, and also partly because of acquisitions and consolidation, the number of ESOPs has been slowly decreasing for several years running, falling from 6,717 in 2014 to 6,482 in 2019. However, new ESOP creation remains strong despite not quite outpacing the number of terminations. On average, approximately 250 ESOPs have been created each year since 2014.

The number of newly established ESOPs in 2019, the latest year with available data, was 239. These plans cover 24,186 employees. About two-thirds are leveraged, in line with typical trends.

Comprehensive data for 2020 and 2021 will not be available until the DOL publishes its annual Private Pension Plan research file for those years, typically in the fall. For now we take a look at the 239 ESOPs created in 2019. Nearly all of these, 229 or 96%, were in privately-held companies, continuing a longstanding trend of public-company ESOPs becoming rare. Table 1 shows details on the new private plans.

Looking geographically, all but six states saw at least one new ESOP created. On a per-population basis, Maine led the pack with eight new ESOPs, equating to six ESOPs per one million residents. Wisconsin and Ohio were also hotspots. Kentucky and Texas had the fewest new ESOPs relative to population. Looking at ESOPs overall, tiny North Dakota leads per capita, followed again by Maine and Vermont, while Delaware and Florida trail. See table 2.

The industries of new ESOPs reveal some shifts in the ESOP world. Construction and transportation/warehousing ESOPs have become more common, while manufacturing and the FIRE (finance, insurance, real estate) industries were less common among new ESOPs than they are among ESOPs as a whole. See figure 1. 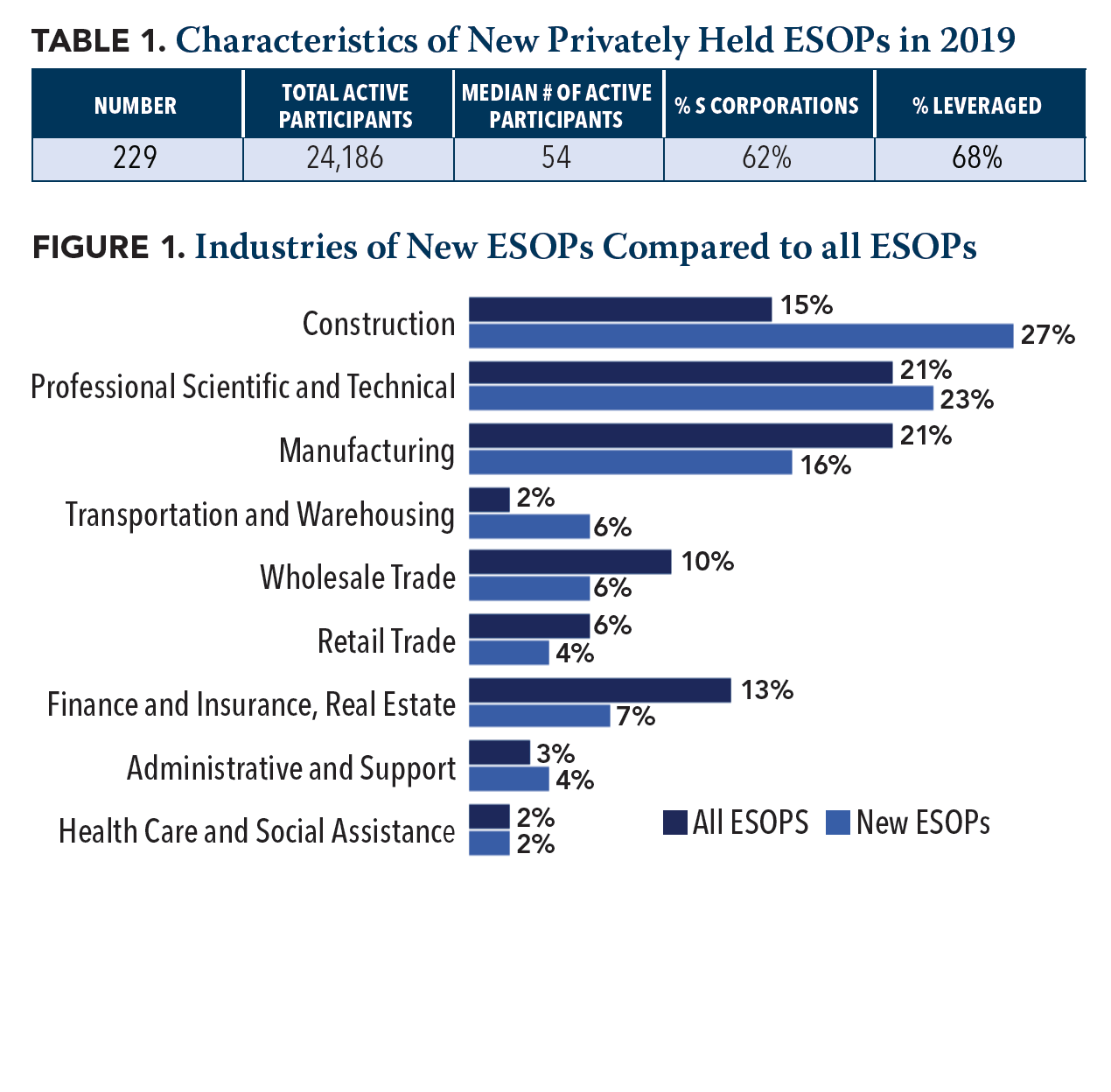