Learn. Share. Connect. NCEO events offer a range of opportunities for attendees to learn how employee ownership can help businesses, employees, and communities thrive. Explore our events below. 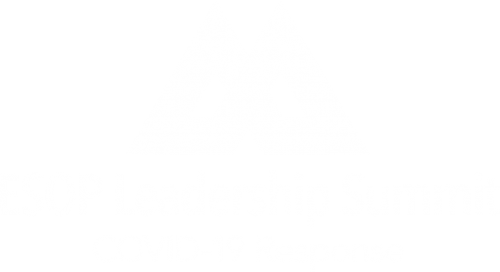 Adapt your ESOP to a changing economy

The ESOP Leadership Summit: COVID-19 Response will give leaders of employee-owned companies the tools they need to help their ESOPs thrive.  The sessions will aim to answer the question: what’s next?

Join the conversation to help your ESOP adapt in these ever-changing times.

Virtual Meeting
COVID-19 has changed our world. Getting through these uncertain times requires agility and strength. The ESOP Leadership Summit: COVID-19 Response will help leaders of employee-owned companies make the changes they need to help their ESOPs thrive.
Webinar

ESOPs are complicated and it is inevitable that some companies will make mistakes. Finding and correcting those mistakes yourself can save time and trouble, and the experts in this webinar will help you prevent any audits from becoming complicated, to find errors, and to decide the best way to address those errors yourself before the regulators get involved.
Webinar

Don't Do That With Your ESOP

ESOPs benefit employees, sellers, and the organization's bottom line - in most companies. From time to time, mistakes with an ESOP have caused legal problems for the company, personal loss to plan fiduciaries, and damaged morale. This session will cover a variety of "anti-case studies" and discuss different ways companies can avoid problems before they arise.
Webinar

The plaintiff in Lee v. Argent Trust Co. filed an appeal with the United States Court of Appeals for the Fourth Circuit after the district court dismissed the complaint. In the Fourth Circuit, McDermott, Will &amp; Emery LLP filed an amicus curiae brief on behalf of the American Society of Appraisers (“ASA”) and made several novel arguments supported by extensive Congressional materials. The ASA’s brief provides the Court with ERISA legislative history and other Congressional materials, and argues that the materials directly contradict many widespread misunderstandings about ESOPs and ESOP trustee fiduciary obligations. The ASA’s brief also explains that many plaintiffs, and some courts, have assessed “investment value” instead of “fair market value,” and that plaintiffs have led courts into error concerning the nature of a fair market value appraisal. Join members of the McDermott Will &amp; Emery ESOP Litigation team for a discussion of the amicus brief.
Webinar

How well educated are your employees about financial wellness? As employee-owners, they have more possibilities and more to think about. This series of conversations with ESOP financial advice experts Peter Newman of Peak Wealth Planning and Jamie Waldren of Wells Fargo Retirement Advisory Services is packed with tools that you can use to help educate your management team and employees.
Webinar

ESOPs can transform businesses into high-performance organizations. But to do that, companies need to find ways to fully engage employee owners and develop an effective ownership culture. Employee surveys are a good way to engage employees and gauge their perspectives on the fundamental aspect of your ownership culture and what needs to be done to move forward.
Webinar

How well educated are your employees about financial wellness? As employee-owners, they have more possibilities and more to think about. This series of conversations with ESOP financial advice experts Peter Newman of Peak Wealth Planning and Jamie Waldren of Wells Fargo Retirement Advisory Services is packed with tools that you can use to help educate your management team and employees.
Webinar

ESOP Overview: An Introduction to ESOPs

This session is an overview of the main features of employee stock ownership plans. It is appropriate for people familiar with basic business and finance topics  but new to ESOPs and for those responsible for ESOP Communication.
Webinar

This webinar provides a basic understanding of the process of completing a repurchase forecast and the factors and assumptions that affect the outcome of forecast, including the impact of specific plan provisions (such as distribution timing and segregating accounts), the impact of the distribution mechanics (recycling vs. redeeming), and interplay between the stock value and the repurchase obligation.

All webinar replays are now free for NCEO members as our way of saying THANK YOU!